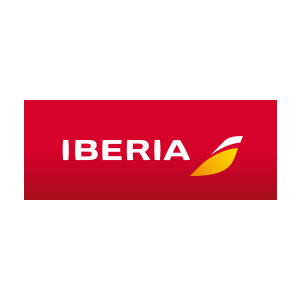 • The event will take place from March 26 to March 28 in Salamanca, will join start-ups, corporations, investors, public authorities /Embassies, media and accelerators.

Iberia will be the official airline of Startup Olé 2019 which, with the aim of encouraging European entrepreneurship and connecting it on an international level, will bring together more than 30,000 attendees from 120 countries, 850 start-ups, 250 companies and investors, as well as more than 500 speakers from March 26 to March 28 in Salamanca.

The fifth edition of Startup Olé has been designed to promote talent, create jobs, connect international ecosystems, and promote the culture of entrepreneurship.

The involvement of Iberia, currently undergoing its own digital transformation, in this event, one of the most important in Europe, is one more indication of Iberia’s support for talent, entrepreneurship, and the use of new technologies applied to the airline industry.

People attending Startup Olé 2019 will qualify for 10% discounts when reserving their tickets on iberia.com to fly between 21 March and 2 April on flights operated by Iberia, Iberia Express and Iberia Regional Air Nostrum, with the exception of those under code shares with other airlines and the Madrid-Barcelona Puente Aéreo shuttle. They need only to include the code STARTUPOLE19 during the purchase process on the Iberia website.

Iberia is the leading carrier on routes between Europe and Latin America and it flies to 135 destinations in 47 countries in Europe, the Americas, Africa, Middle East and Asia. Together with its subsidiary Iberia Express and its franchise partner Iberia Regional/Air Nostrum, it operates about 600 flights each day with a fleet of some 140 aircraft. It offers easy and convenient connections at its hub in T4 in Madrid-Barajas airport. In 2016 and 2017, Iberia was the world’s most punctual airline according to FlightGlobal Incorporating FlightStats, while it was awarded its 4th Skytrax star in 2017. The airline is a member of the oneworld alliance that operates more than 14,000 daily flights to some 1,000 destinations in more than 150 countries. For more information, please visit http://grupo.iberia.es