BFA leads the vertical /Auto Tech at the startup fair.
You can find its stand at the venue in B2. Ground Floor – Chapel. Stand E3. 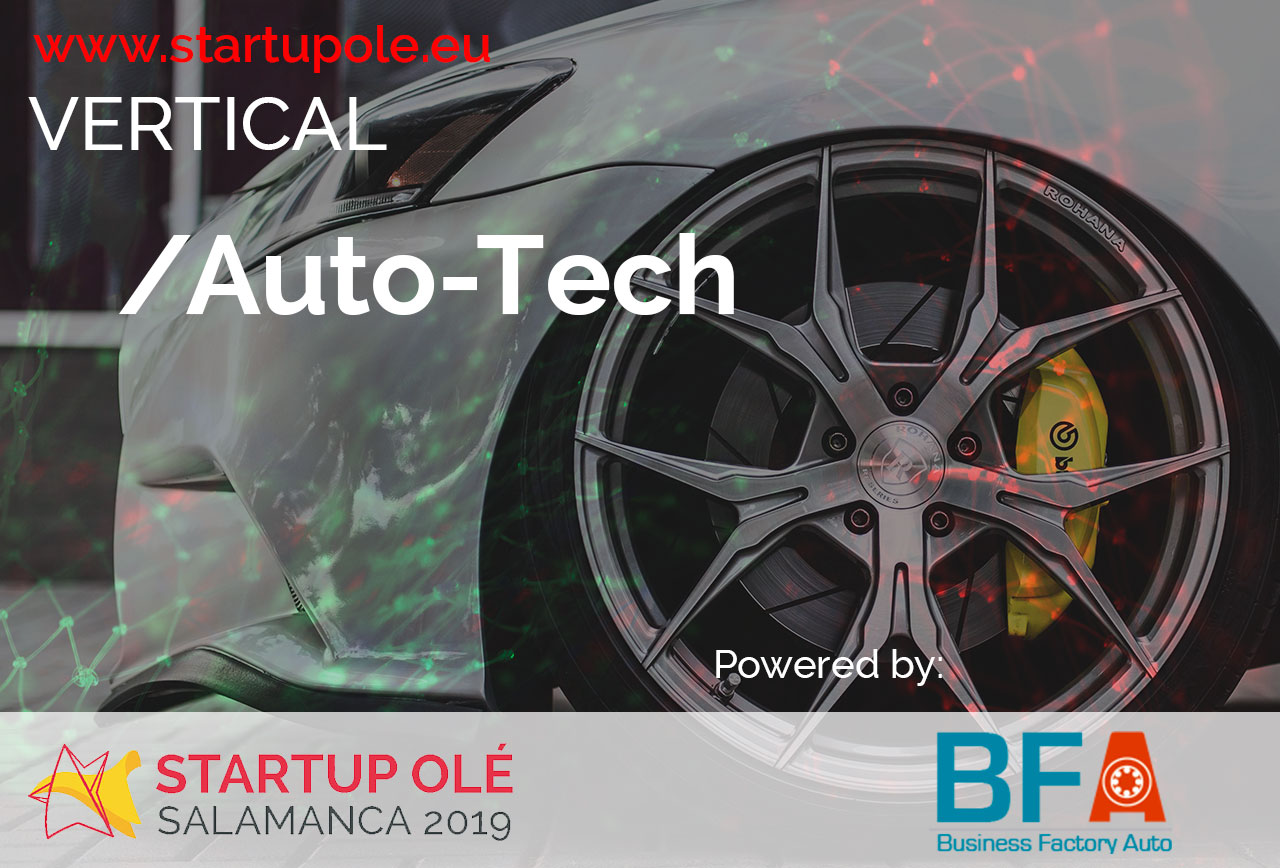 Business Factory Auto (BFA) is an initiative promoted by the Xunta de Galicia, the Free Trade Zone Consortium of Vigo (CZFV), Groupe PSA and the Galician Automotive Companies Cluster Foundation (CEAGA). Its objective is to accelerate and consolidate specialised projects in the automotive industry and to transform them into viable and scalable innovative companies that attract and retain talent; thereby contributing to strengthening the position of the sector and increasing its international projection. The BFA program accompanies these projects in their validation, launch, financing and maturation.

The BFA Acceleration program consists of a series of tools such as training, tutoring, mentoring and financing, with a work space in coworking and networing events, all under the supervision of a team of experts in entrepreneurship and the automotive industry. The Consolidation program seeks to ensure that projects endure over time and can be viable and even have the possibility of organizational growth.

In the course of the two programs there is a continuous evaluation of the progress of the participating teams in order that the best projects are presented to investors and industrial partners of the automotive sector. From BFA we try to define and select the best ideas, without forgetting the human team of each project, betting on the multidisciplinary collaboration between people, projects, collaborating entities and the automotive sector itself.

The third edition of the BFA is currently underway and has reached the record number of 62 projects submitted from 9 different countries, making it the most international edition. The first two editions have allowed the creation of 22 new companies, generating more than 150 jobs and billing around 10 million euros at the end of 2018.

The performance of the BFA has received the national award for «best practice» by the Association of scientific and technological parks of Spain (APTE) and has been named «regional partner» in the Startup Europe Awards, being the first automotive accelerator in Europe to get it .